April 3, 2021 started out cold at 38F, but the morning was sunny with blue skies. Earlier in the week I had decided to pick-up some prepackaged wildflower seeds to plant for Shirley Heinze Land Trust. This was only my second nature outing in 2021. I would be driving to Valparaiso to the Meadowbrook preserve, so I decided that this would be a good time to do some birdwatching for early migrating birds and take my camera along in case the early spring wildflowers were blooming.

I picked up my seeds and then decided to birdwatch while it was still early in the morning. The first birds I saw were two Turkey Vultures floating on thermals high over the rolling hills, a Crow, a Downy Woodpecker, and two Ruby-crowned Kinglets moving in the forest canopy at hyper-sonic speed. I heard more birds than I saw that morning, which included a Blue Jay, Northern Cardinal, Tufted Titmouse, Northern Flicker, and a Song Sparrow. By late morning, the temperature had risen to 66F and the day just kept getting nicer!

I decided to switch to photography now that the birds had stopped singing. I retraced my steps while birdwatching but now with my camera and tripod. Meadowbrook was a former girl scout camp, so the forest around the streams and grasslands were protected from clear cutting. The deep ravines are perfect places to look up at birds and beautiful plants growing along the forest floor and along the streams. 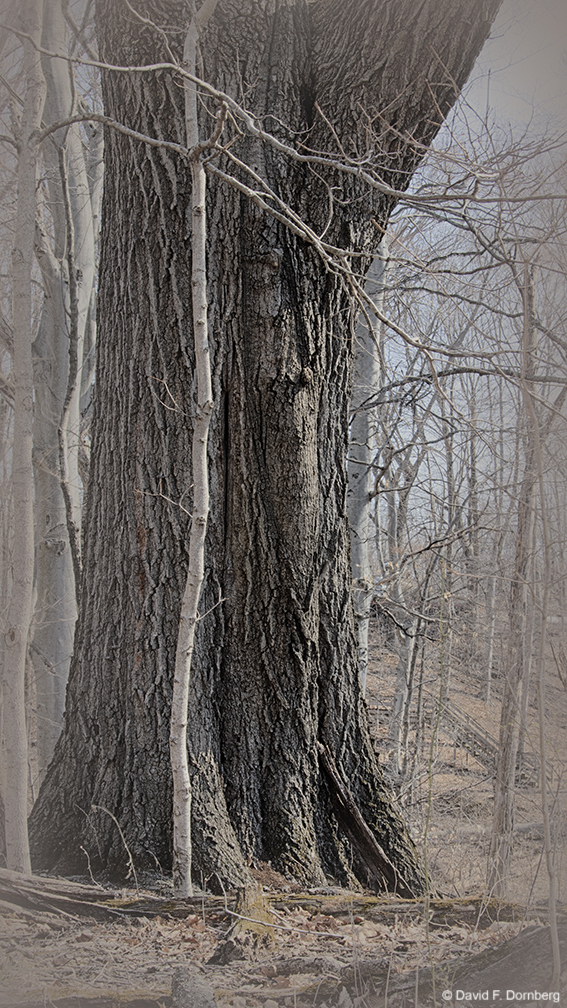 I started photographing high up on one of the hillsides, (on the gravel road above trail 2) because I spied an interesting beech sapling that was in front of a much older tree, which seemed to me to be lording over the younger sapling.

To me the older tree looked like it was protecting the beech tree from frequent wind and storms that roar through the area in the springtime. 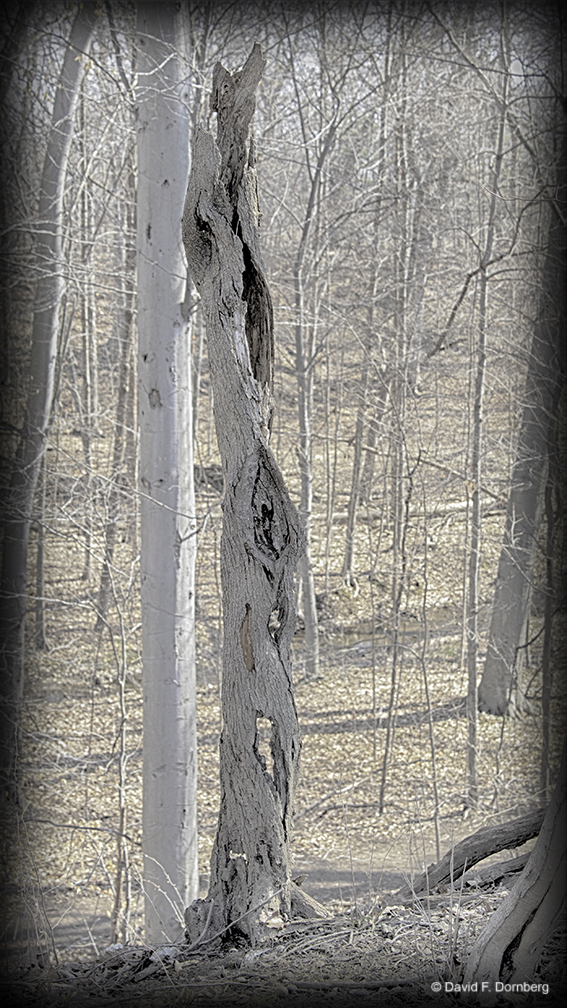 Later I saw a most unusual sight. There was a vertical cylinder of bark, but no tree. I could see through the bark, but there was no heartwood. In preserves such as Meadowbrook, you must stay on the trails, so as not to crush and thereby destroy the rare and fragile plants that grow beside the trails. I could not investigate this cylinder of bark, because to do so would have meant leaving the trail and disturbing the natural environment.

There were a couple of trees that had blown over from powerful winds, (trail 2) which creates an interesting view of the roots that few people ever see of a tree and most never pay attention to. I decided to make my way back towards the stream bed (trails 6 & 3) as I find many interesting things close to water because all life needs it to survive. 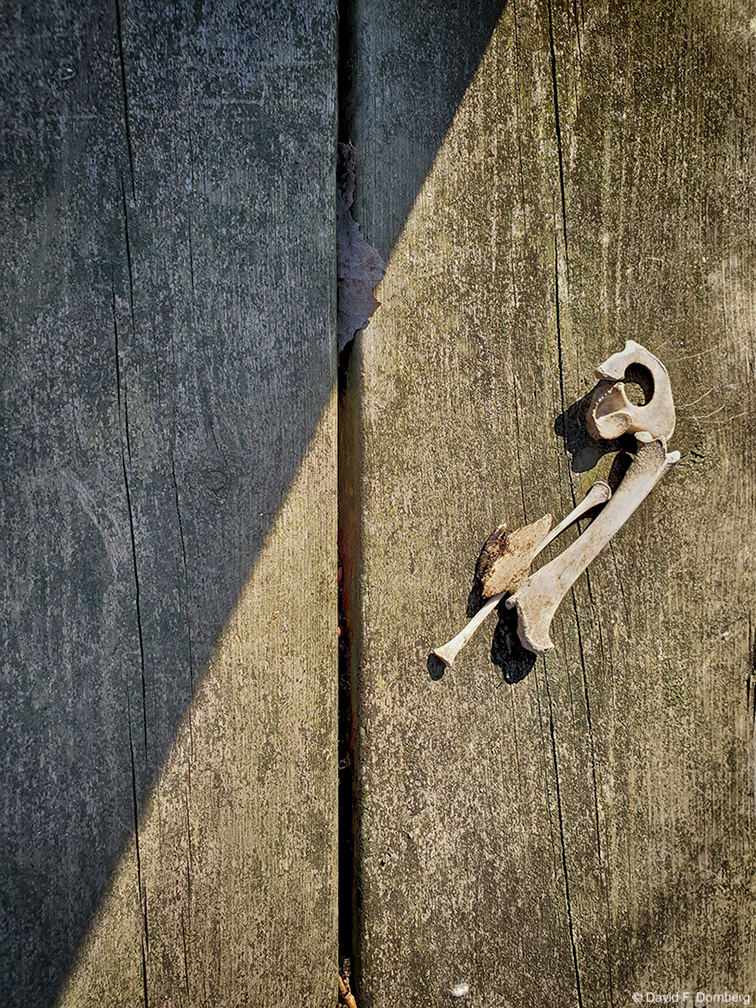 As I walked the small bridges that span the creek, I happened on a small set of bones from an animal that had either died on the bridge or was dropped there by a predator. In my photographers’ eye I saw the making of art because of the play of shadow and beautiful light in a stark way. The bones were in the light and the shadow framed them nicely. Later, along a different stream bed I noticed a new mayapple about to unfurl its beautiful green leaves in front of a feeder log, which was rotting along the stream and was adding nutrients to the forest floor.

My last photos were of Spring Beauties growing along trail 6. Most of these wildflowers are extremely small, so I needed to get down on my hands and knees to photograph them properly. Many people will tell me that there is nothing blooming as they pass by the many wildflowers. Most people just do not take the time to look around as they walk.

When you hike Meadowbrook, take the time to look up, down and all around, or you will invariably miss some small precious scene!

Also, follow the rule that says Do not forage, pick, or disturb the plants growing here. Take photos and leave only footprints, so that future visitors may enjoy their time here too. I shall return to see what is new in the future.

Before you leave, be sure to fill out the visitor sheet that is located next to the start of the trails because it helps Shirley Heinze Land Trust obtain funds to maintain the trails so that that visitors like you and me can continue to explore these special places.