While driving on Hwy 12 near the Indiana Dunes parks last fall, I stopped at a wayside for a stretch break and looked across the road to a sea of watermelon pink under the forest canopy. Delightful? No! As I suspected, and as I confirmed “upon further review of the field” those lovely-looking but nasty shrubs were all Burning Bush, aka Winged burning bush, winged euonymus (Euonymus alatus).  Dang! 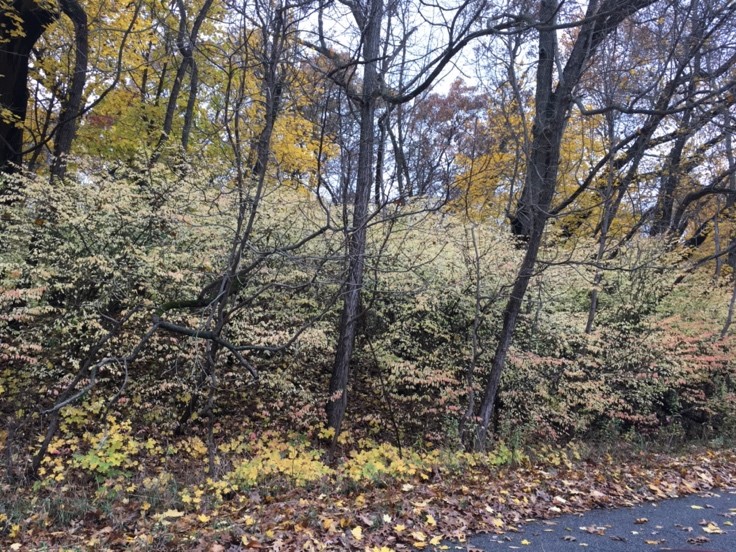 How did it get here? This medium-sized bush was introduced to the US as an ornamental shrub from Japan, Korea and China as far back as the 1860’s. By the 1970’s as its popularity increased, so did the realization that they were bullies and could take over natural areas. Although the flowers are inconspicuous, the fruit is a small red capsule that splits open to show a red-orange seeds in the fall.

How does it spread? Many gardeners may think, “My shrub isn’t a problem because it doesn’t send out spreading shoots.” However, birds are the spreaders. They eat those small red seeds then fly to a nice, quiet nature preserve and deposit them with a dash of fertilizer. When the seeds sprout, deer avoid them favor of tasty native plants. So you can end up with a situation like I saw off of Hwy 12 – a dense undergrown of burning bush that hogs resources from native plants.

What are some alternatives? That fall color that gives Burning Bush its name can also be found in some Hoosier native shrubs with brilliant fall color.  Purdue University suggests:

There’s a native Euonymous shrub in Indiana called Wahoo (Euonymus atropurpureus).  That fruit tends to be a solid hot-pink, and the leaves longer with a definite petiole.

How can I identify Burning Bush? It has a spreading crown, with oval, finely-toothed opposite leaves that are deciduous (they fall off in Autumn). It reaches about 15 feet high. Branches tend to have tan corky ridges, thus the name “winged” or alatus. 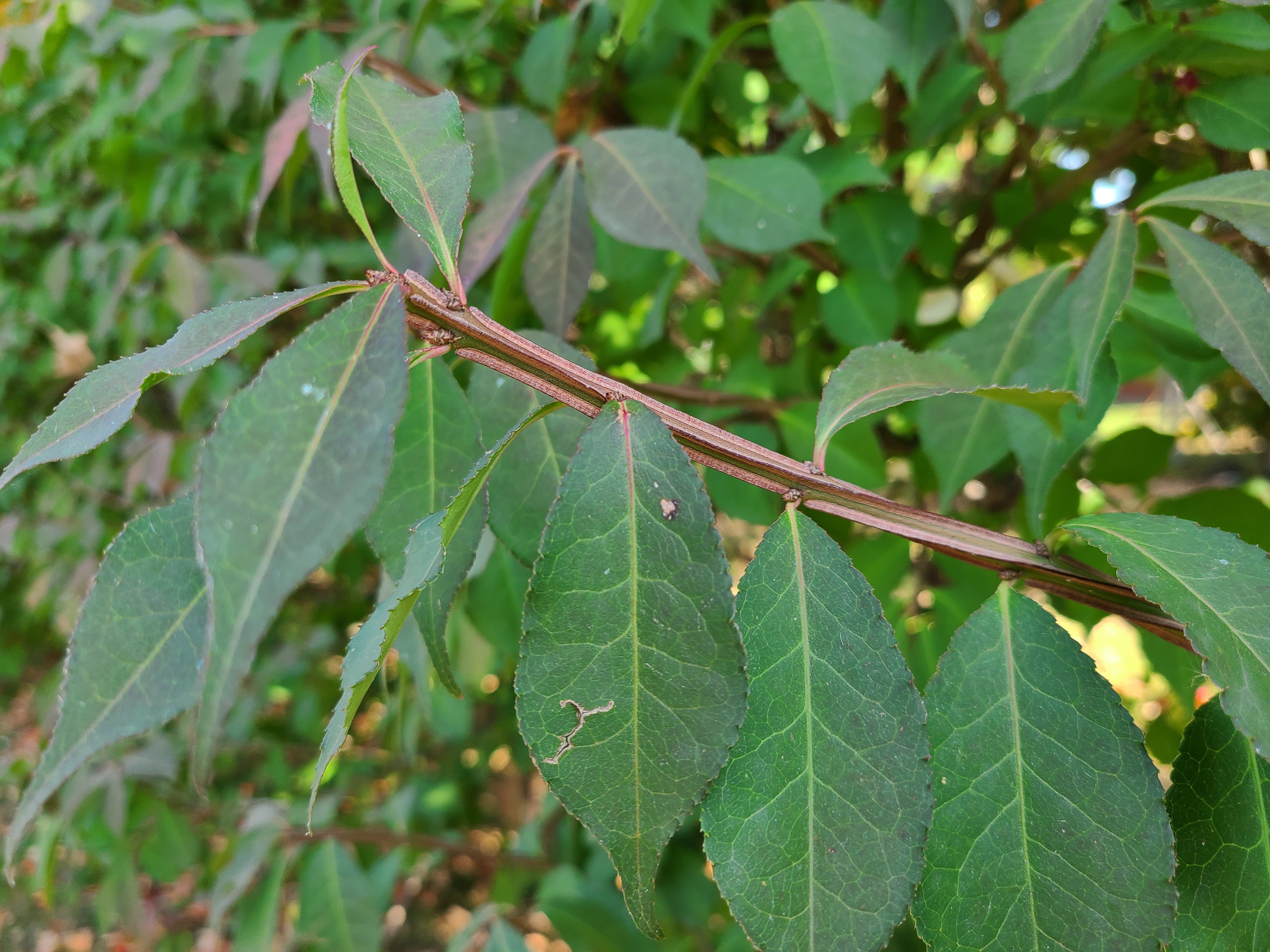 What can I do? Education is key. If you have Burning Bush in your yard, please consider removing it and replacing it with a native alternative. If your neighbor has it, start a gentle conversation, perhaps armed with suggestions for replacements. Encourage your state reps to add Burning Bush to the list of 44 Invasive plants that are not to be sold, gifted, bartered, exchanged, distributed, transported or introduced in Indiana. And if you see this plant for sale at your local garden center, please encourage them to remove it from their line-up.

How to report? As for me and those invasive shrubs that I spied?…  I sent photos and details on the location to E-mail: depp@dnr.IN.gov – more info on this page  https://www.in.gov/dnr/6351.htm THANKS! 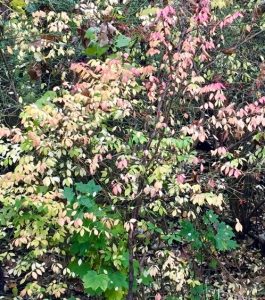 To recognize National Invasive Species Week, we will be discussing a few of the most common invasive plant species that Shirley Heinze Land Trust has to manage on our nature preserves. National Invasive Species Week is actually two, non-consecutive weeks – February 22 – 28, 2021 is dedicated to learning about and advocating for management of invasive species. In May, we will recognize the second week of this event, which is for taking action. At Shirley Heinze Land Trust, a major part of managing nature preserves involves managing invasive species to make room for native species, and increase biodiversity in northwestern Indiana. We hope that these Invasive Species Profiles will inspire you to learn more about how a few species can play a major role in the health of our ecosystems.